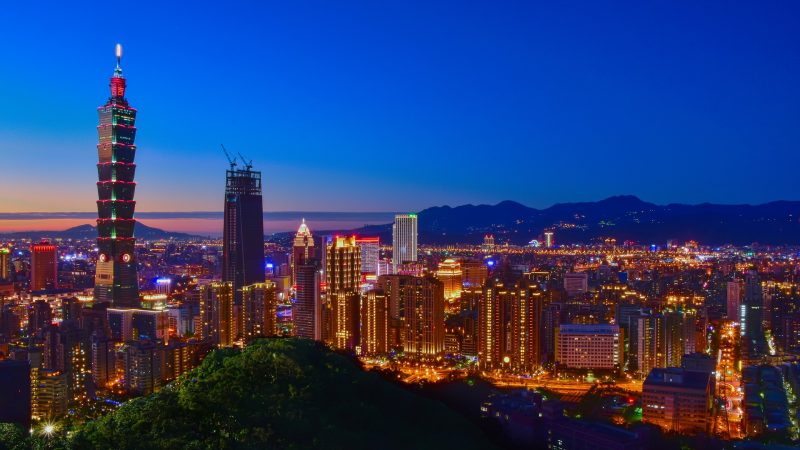 Image by Tingyaoh via Pixabay

Taiwan, officially the Republic of China (ROC), is a large island with a total area of 35,980 square km situated in East Asia. Its capital is Taipei and the largest city in New Taipei.

Taiwan has a number of national languages including Mandarin, Formosan languages, Taiwanese Hokkien and Hakka. Roughly 84% of Taiwan's population descends from Han Chinese who migrated from Qing China between 1661 and 1895 and about 14% of the population migrated from mainland China in the 20th century.

In Taiwan, there are 14 recognized aboriginal tribes. Together they make up 1.8% of the country's population. The official currency is the New Taiwan dollar (NT$) (TWD). 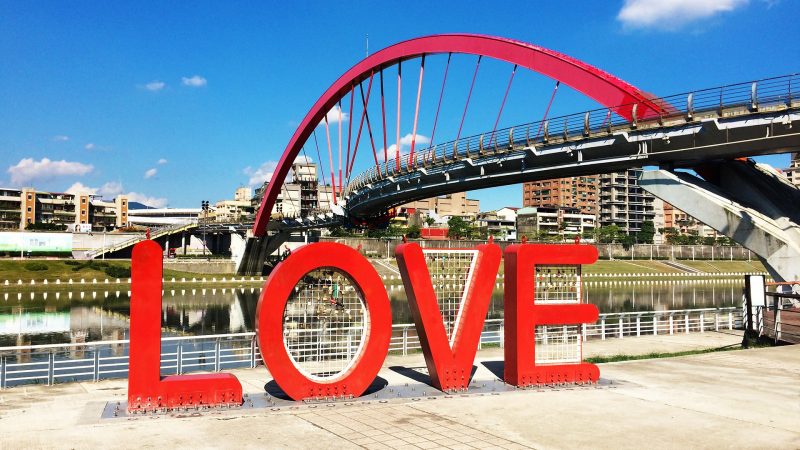 With 23.5 million inhabitants, Taiwan is among the most densely populated states because Mountains cover approximately two-thirds of the surface of the island. You can drive around the whole island in roughly eight hours.

Taiwan has evolved to become a high-income generating country with a skilled and educated workforce. Most people in Taiwan are Buddhist or Taoist and there are also people adhering to other religions. 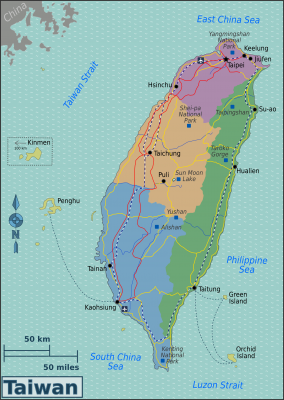 Map of Taiwan with regions color coded. Image via Wikipedia. CC By 3.0

Taiwanese indigenous peoples inhabited the island for thousands of years before the 17th century when Dutch rule opened the island to mass Han immigration.

The island was conquered in 1683 by the Qing dynasty of China and fell to the Empire of Japan in 1895 after at the end of the First Sino-Japanese War.

Following the surrender of Japan in 1945, the Republic of China (ROC), took control of Taiwan on behalf of the World War II Allies.

In 1949, Chinese communist soldiers defeated Nationalist forces on the China mainland and established the People’s Republic of China there. The Nationalist government and armies from the mainland fled to Taiwan, starting the separation of Taiwan from China.

In the following years, the ROC claimed jurisdiction over the Chinese mainland as well as Taiwan, although in the early 1990s Taiwan’s government dropped this claim to China. Currently, the effective jurisdiction of the ROC government is limited to Taiwan and several small islands.

During the 1960s, Taiwan saw a period of rapid economic growth and industrialization called the “Taiwan Miracle”.

In the 1980s and early 1990s, the ROC changed from a one-party military dictatorship to a multi-party democracy with a semi-presidential system. The first presidential election was held in 1996.

The PRC supports a version of the One-China policy, which states that Taiwan and mainland China are both parts of China and that the PRC is the only legitimate government of China. So it has consistently claimed sovereignty over Taiwan and refused diplomatic relations with any country that recognizes the ROC.

Taiwan currently has official ties with only 16 United Nations member states. However, most major powers maintain unofficial ties with Taiwan through representative offices and institutions that function as de facto embassies and consulates. 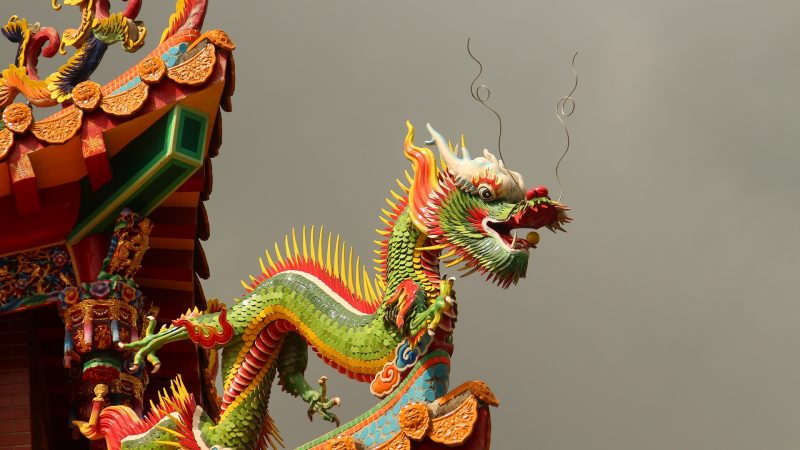 Image by Till Ahrens from Pixabay

In Taiwan, the major political division is between parties favoring promoting a Chinese identity and a future Chinese unification contrasted with those promoting Taiwanese identity and aspiring to independence. It is interesting that both sides have moderated their positions to broaden their appeal to the common citizens.

On 17 May 2019, Taiwan's parliament approved a bill legalizing same-sex marriage, making it the first country in Asia to recognize marriage equality for all its citizens. 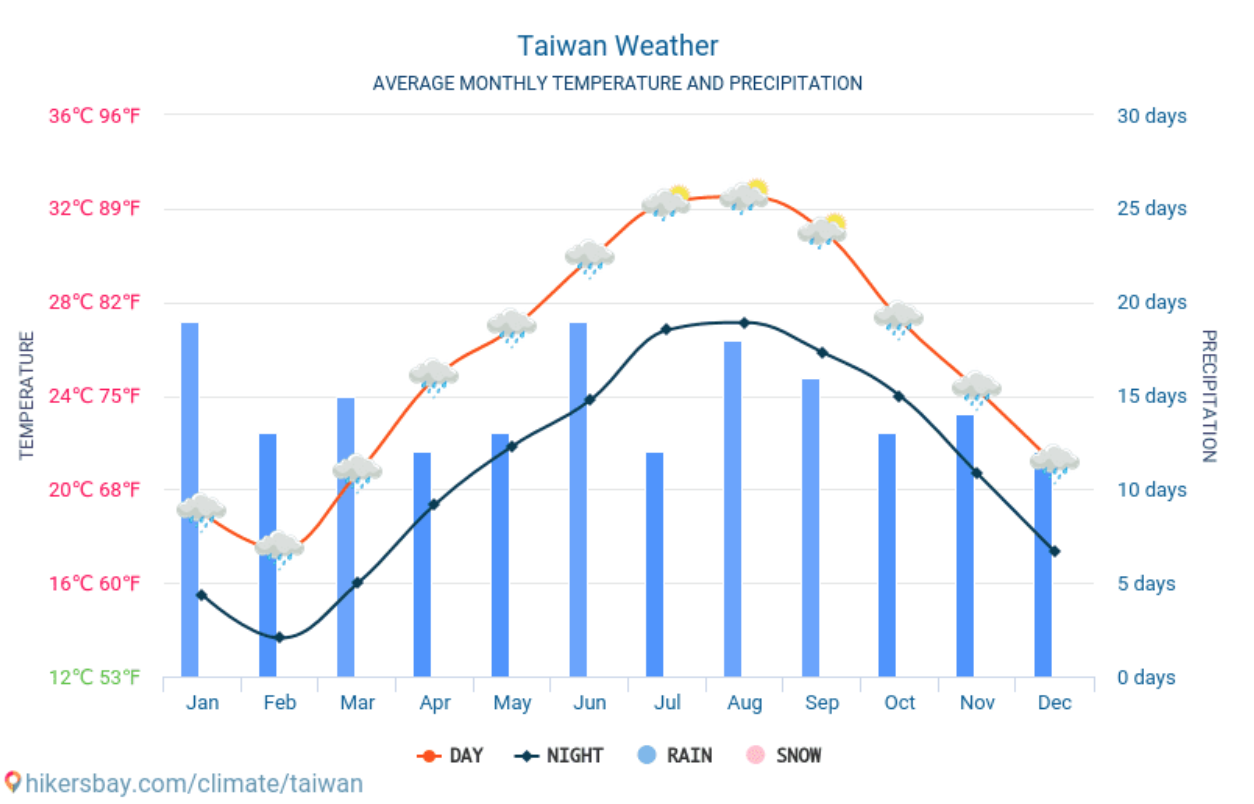 Taiwan sits on the Tropic of Cancer and its climate is tropical. Summers are usually hot and humid, lasting from April/May to September/October. The rainy season falls in May and June and the average rainfall is 2,600 millimeters (100 inches) per year. Northern areas of Taiwan is typically several degrees cooler than the south. 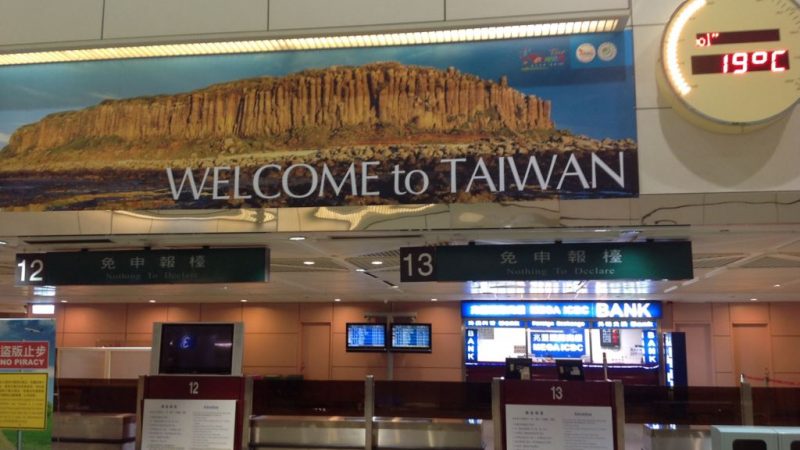 Its Major airports include Taiwan Taoyuan, Kaohsiung, Taipei Songshan, and Taichung. There are currently seven airlines in Taiwan, the largest ones being China Airlines and EVA Air.

Most international visitors will arrive through Taiwan Taoyuan International Airport (TPE) which is located about 40 km (25 mi) west of Taipei in Dayuan District, Taoyuan. In 2016, the airport handled a record 42.3 million passengers and 2.1 billion kgs of freight, making it the 10th busiest airport worldwide. The same year, it was ranked the best airport for its size in the Asia-Pacific region. 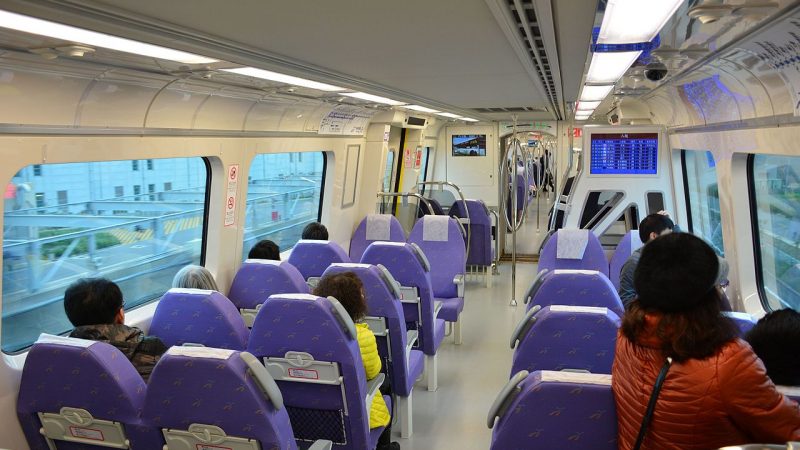 Each person (over 20), may bring in an alcoholic beverage (1,000cc or less without limitation on the number of bottles), plus 200 cigarettes, or 25 cigars or 1 pound of tobacco.

Medicines carried with passengers must be declared. Prescription drugs, if no prescription (or a supporting document), are allowed to be brought in with the amount of up to 2 months use. 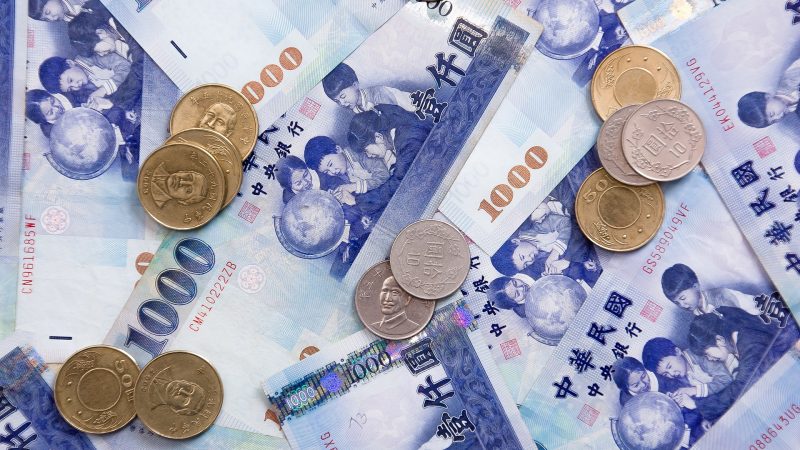 Bring your passport or valid ID since it is required for a money exchange transaction.

You can also withdraw local currency at ATMs which gives the best exchange rate. Just check with your bank first about the overseas transaction charges.

Taiwan offers free Wi-Fi on a mass scale to its citizens and to foreign visitors. You have to register first and then you will have access to the Wi-Fi in public spaces such as shopping areas, hospitals and libraries. Check here for more info. 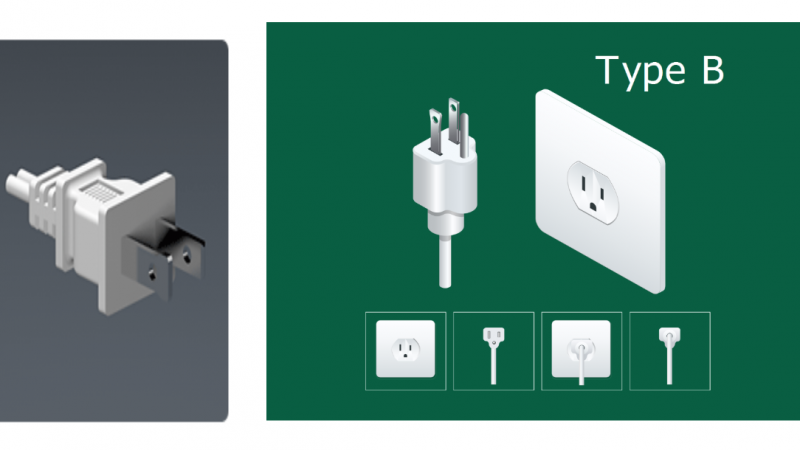 In Taiwan the power plugs and sockets are of type A and B. The standard voltage is 110 V and the standard frequency is 60 Hz.

Check your devices whether they work in the range of 110-220 V and don’t forget to bring at least one travel adapter.

SIM cards are cheap and easily accessible in Taiwan. They can be purchased in city shops, at the airport, or in advance online with a pickup at the airport. Check all available options before deciding on a data plan. More info here.

Consider renting a personal mobile pocket WiFi unit with unlimited 4G LTE data for up to 5 users for only NT$100 per day, with easy pickup and drop-off at Taoyuan Airport (TPE) Terminals 1 and 2. 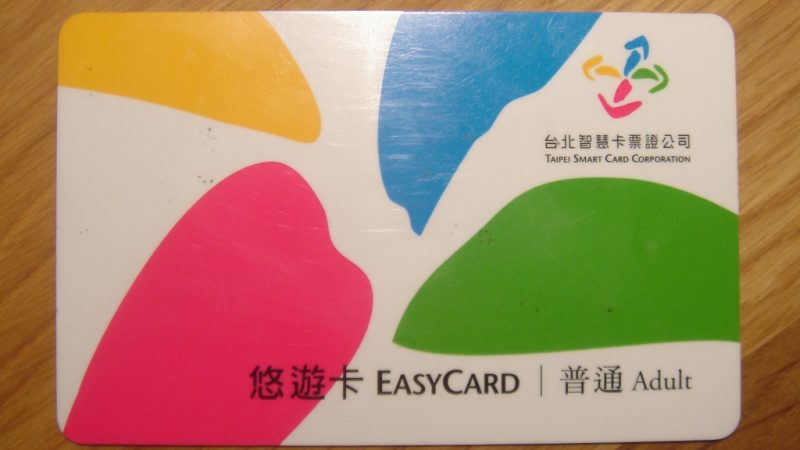 You can buy one EASYCARD for your transportation in Taipei whether it is bus or metro. These standard fare cards cost NT$100 each (about $3), exclusive of a deposit and balance.

The airport has 24-hour convenience stores in the basement levels where you can purchase Easycard or pick it up from the information desk, or at the ticket machine. You can also buy them at convenience stores (7-Eleven, FamilyMart, Hi-Life, OK Mart), at Taipei/Taoyuan/Kaohsiung Metro station among other places.

These cards, pre-loaded with cash, can also be used for a number of activities, like shopping, venue ticket, tourist attractions etc. For more information: click here.

EasyCard can be returned for a refund at the Information Counter of any Taipei Metro station or a EasyCard Corporation's service center. The full value of the NT$100 deposit will be refunded minus a handling charge of NT$20 after confirmation that there are no claims against the deposit. 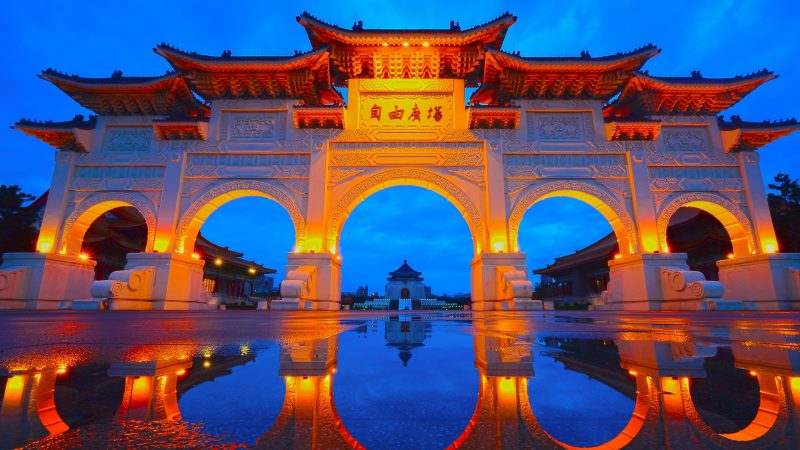 Image by tingyaoh from Pixabay

How To Get Around in Taipei:

Taiwanese people love to cycle and it is getting more and more popular every day. The country has a lot of bicycle lease stations and riding a bike is a good way to see the cities.

Taiwan’s taxis have a bright yellow box with a ‘Taxi’ sign on the roof. As most drivers do not speak English it is advisable to ask someone who knows Mandarin to write down your destination down to show to the driver.

One of the cheapest ways to explore the cities of Taiwan is via public buses and some services run 24 hours a day.

There are over 300 bus routes in the Taipei city. Shihlin, Chunghsiao East Road, and Jhonghua Road are all important transfer places. Bus stoppages can be found near almost each metro station so you can get close to your destination in public transport. A one-section journey costs NT$15.

Be sure to ring the bell before getting off and wave to the driver to get on as the buses may not stop at every stop, 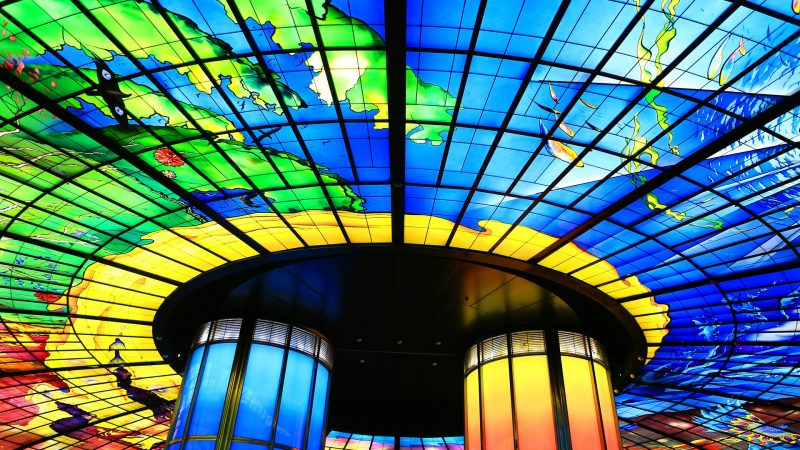 Lights at a Taiwan Metro Station. Image by llqfhj from Pixabay 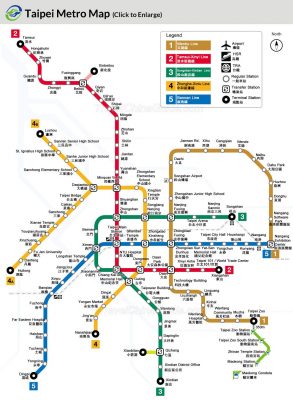 The MRT Metro network operates in Taipei and Kaohsiung from 6 Am till Midnight. Metro is the quickest and the most convenient way to explore these cities.

The MRT is clean, safe and reliable, the signs are in English. You can select English on the ticket machines and the nearby attractions are well signposted.

The largest Bus center in Taipei is the Central Bus Station, located to the north of Railway Station. An underground tunnel connects the bus station and the railway station so you can continue your journey. The bus destinations include Kaohsiung, Tainan, Chiayi, Hualien, Taichung, which depart every hour. The bus to Chiayi costs about NT$250 with a duration of 4.5 hours, to Tainan takes 5 hours and NT$350. 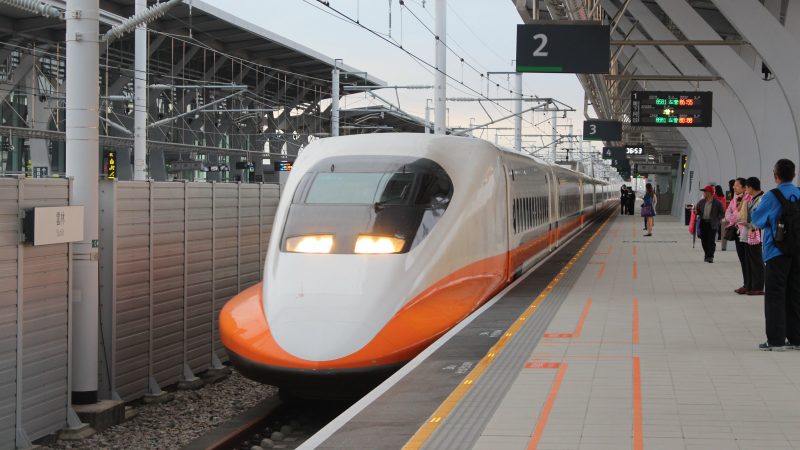 The Taipei Railway Station is the largest railway station in the city where Taiwan Rail Line and Taiwan High-Speed Rail (THSR) meet. This is your starting point to go to any other cities of Taiwan through Taiwan Rail Line such as Yilan, Hualien, Taitung and Pingtung. The Taiwan High-Speed Rail (THSR) only passes the western cities like Taoyuan, Hsinchu, Taichung, Tainan, and Kaohsiung.

Examples of schedule and ticket price ( NT$) to major destinations in Taiwan:

The station has four underground floors. 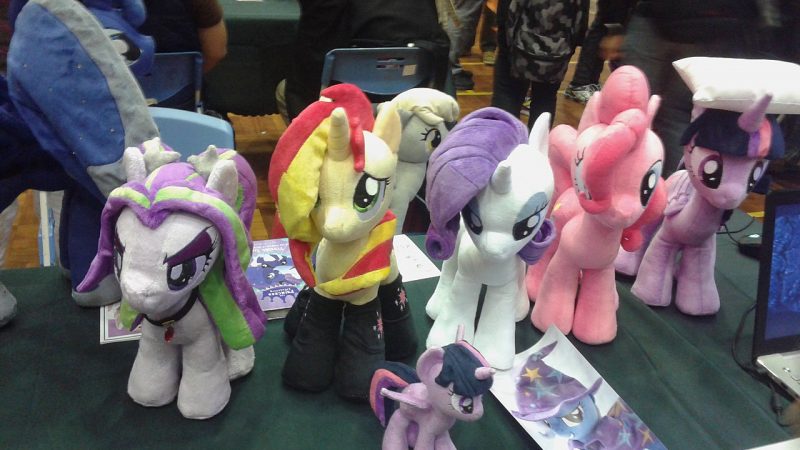 12 things to bring back from Taiwan (Food) 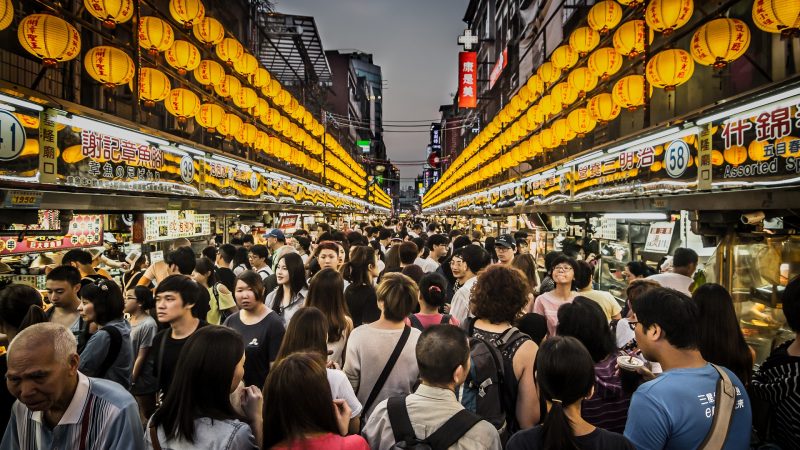 Street food in Taiwan is generally safe and delicious, and many tourists flock to dine at night markets. In most areas of Taiwan, Tap water is safe for drinking only after boiling. Water or ice served in restaurants are usually filtered. If you aren't sure, you should buy bottled water.

Stinky tofu, a popular street food, is a Taiwanese form of fermented tofu that has a strong, pungent odor. The stink is very strong and can be smelled from 300 meters distance. 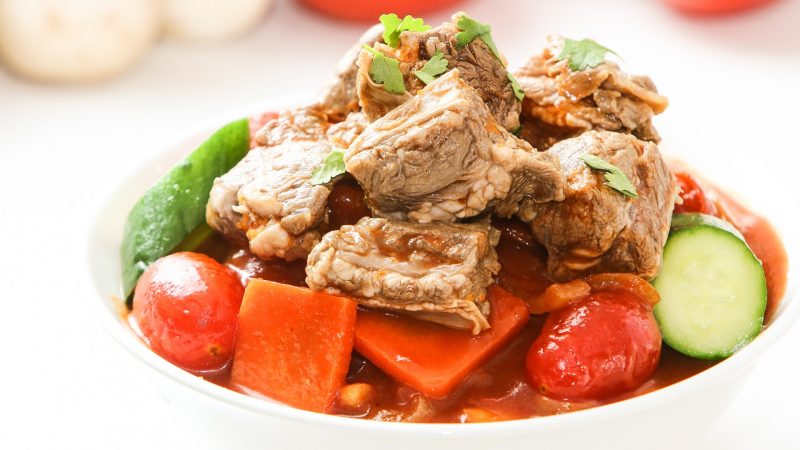 Gourmet Food in Taiwan. Image by 二 盧 from Pixabay

Must eats in Taiwan:

Filtered, mineral and bottled drinking water are available at most retail shops. 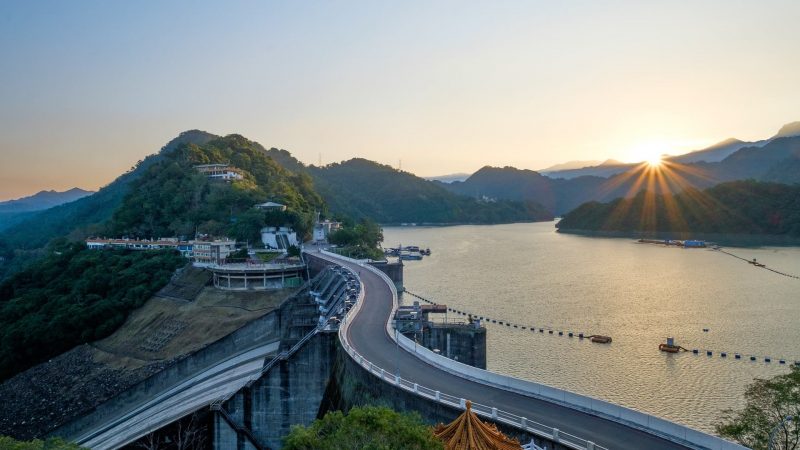 According to Travel Safe Abroad, Taiwan is relatively safe to visit and petty crime rates are low. However, there is a chance for pickpocketing and bag-snatching, especially in locations frequented by tourists. So be vigilant. Many women find Taiwan safe, especially at night.

If in Taipei itself taking bus and train is easy enough. Check a GVer's Guide to Taipei, Taiwan for more.

Things You Should Know 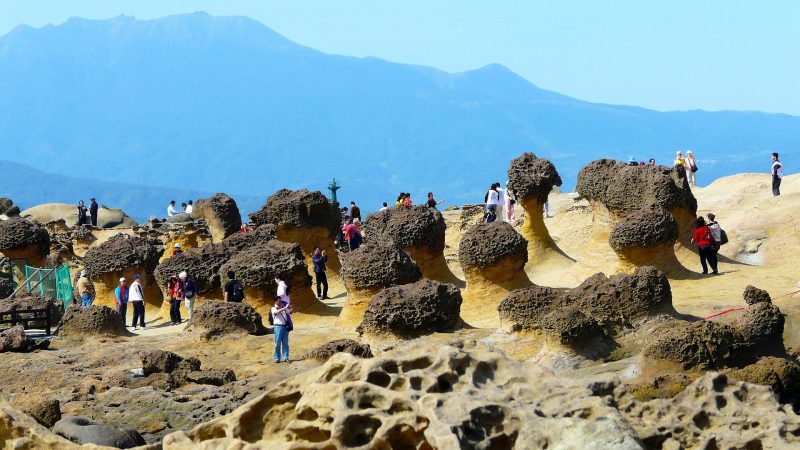 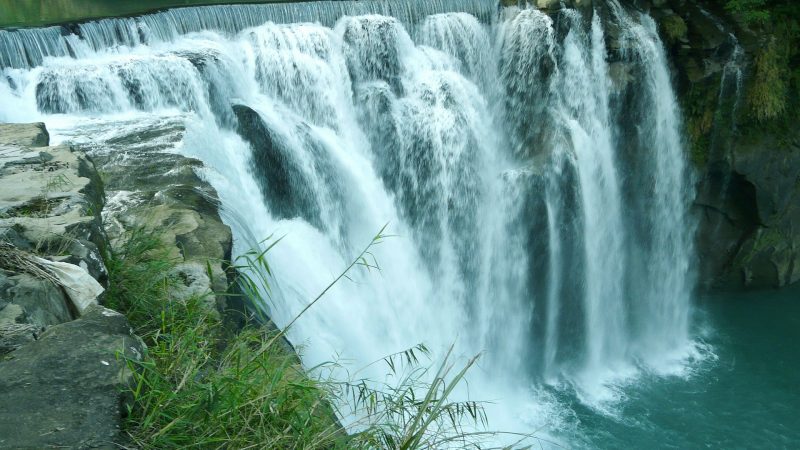 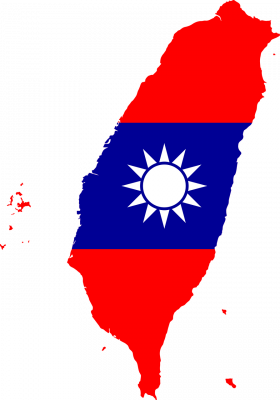 Image by Gordon Johnson from Pixabay 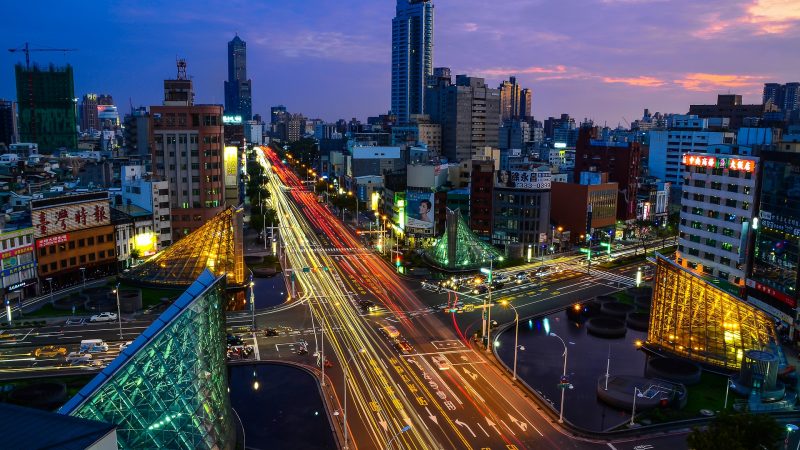